Brampton Region was formed in June 1985. Rod Richards, who had moved from Mississauga, phoned a number of car enthusiasts to see if they would like to form this new region. They were Doug Howard, Dave and Claire Farrow, Ed Thornton, Don (Vice President) and Marion (Secretary) Partrick, Rod (President) and Barb Richards, Bev (Treasurer) and Marion Genoe, Ted (Membership) and Jackie Jeffery. Rod, as the founding President, served until the end of 1987.

Meetings were initially held in the homes of individual members. After many years, as the membership grew, a new location had to be found and we moved to a meeting room below a restaurant. We met there for three years and decided to look for a brighter and more comfortable place. Meetings are now held in a Brampton Minor Hockey Association boardroom. For the use of this room, the club sponsors one of the minor hockey teams each year. 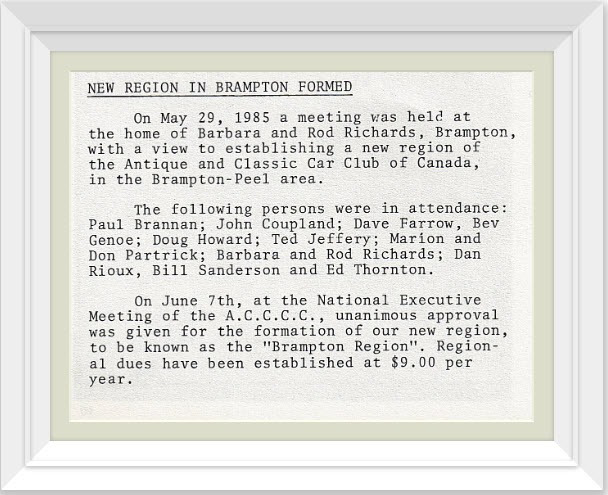 The Brampton Region started weekly cruise nights in 1987 at Burger King on Queen St. East. When this location became too small, we moved further East on Queen St. to Restaurant row. By this time the Brampton Street Rods club was formed and we joined together to run the cruise night. It was decided to change location, to a larger location, at KingsPoint Plaza on Main St. North. After three years, this location also became too small so we moved to Shoppers World Mall at 499 Main St. South, where we still meet every Tuesday from early May until the mid-September.

In December of 2006, the Mississauga Region voted to close the door on their Region and a great number of members joined the Brampton Region, which contributed to a stronger and fun Brampton Region.

The following are founding members and still belong to Brampton Region: Ted and Jackie Jeffery, Bev and Marion Genoe 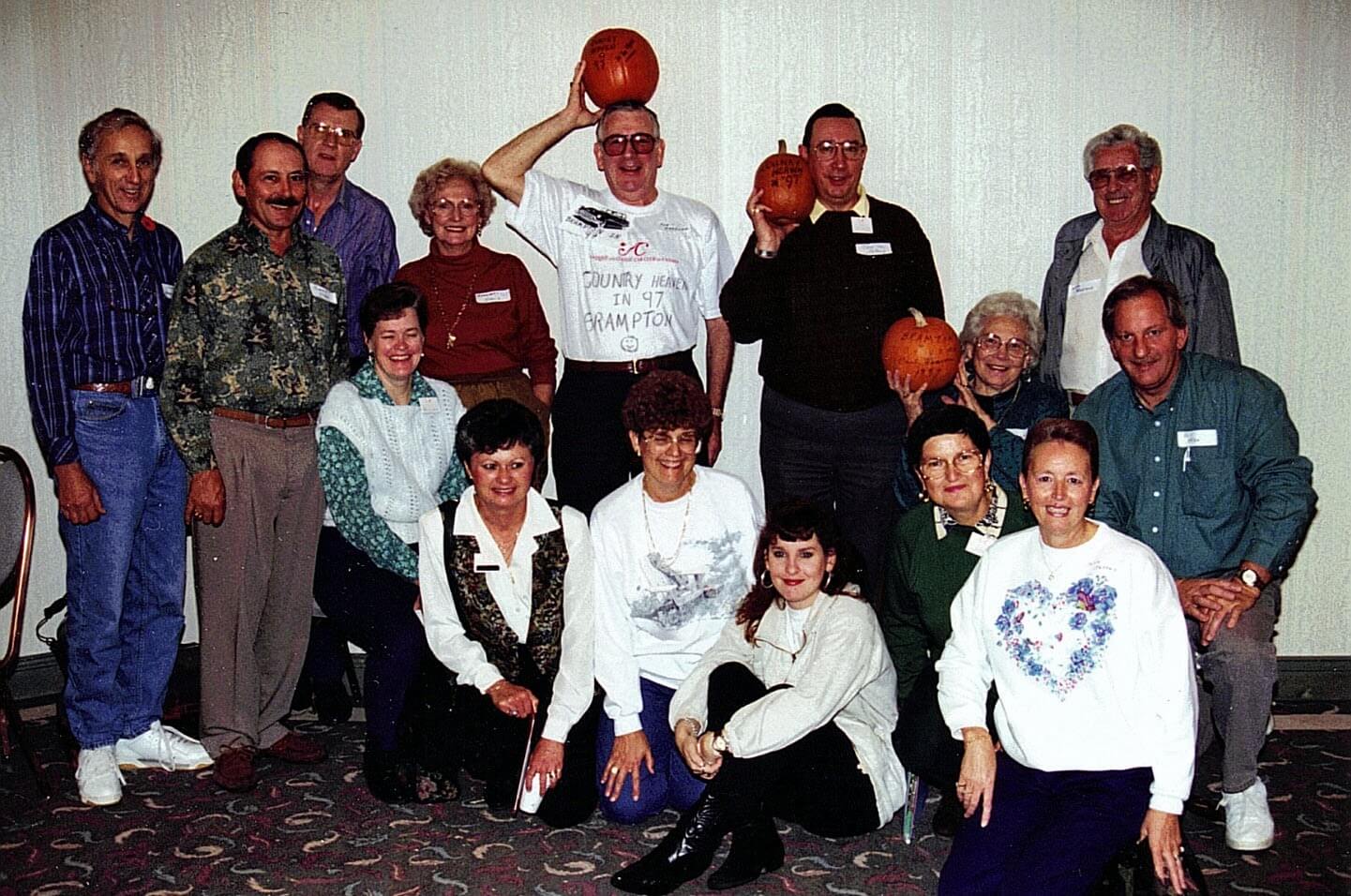